Why You Should Avoid Comparing Your Relationship to Movie & TV Scripts

Why You Should Avoid Comparing Your Relationship to Movie & TV Scripts 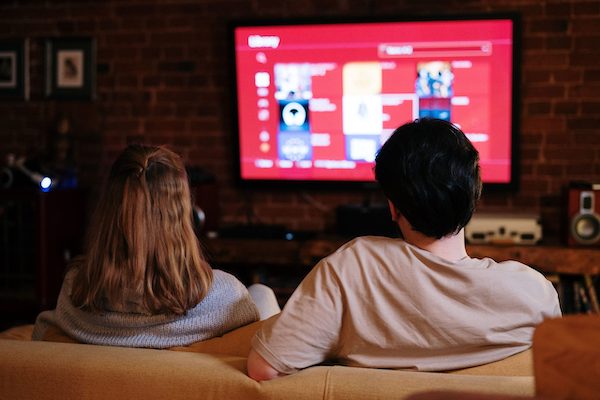 All of us have gotten caught up in the moment of a beautiful movie or TV show. That pivotal scene when the two main characters finally confess their love. Or maybe they fall into each other’s arms. An existing on-screen couple might have the most romantic date you’ve ever seen, or the most perfect wedding.

It’s easy to get swept away in a movie or television show—that’s the point. If you didn’t, the film or show probably wouldn’t be very good.

But, there’s a difference between getting caught up in a good story and comparing it to your real-life relationship. While you might want that “Hollywood romance”, there are some dangers in letting your expectations blur the lines of reality.

So, why should you avoid comparing your relationship to movie and TV scripts?

People on film tend to look great. They have a team of makeup artists, hairstylists, and designers creating clothing to fit them just right. When you see someone on screen that seems to have perfect, flawless features, consider how long it took for them to get there.

Real life isn’t like that. If you look at your partner and don’t think they’re as physically flawless as who you see on screen, it’s because they don’t have that same team of people working on them for hours every day.

Additionally, they don’t have a script.

Actors in a film or show are only reciting lines that were written for them. While the way they deliver those lines is up to them, they aren’t original thoughts from that particular person. Everything is carefully scripted to make it look and sound perfect. Real life isn’t like that, either.

Most of the time, your relationship will consist of unplanned conversations. So, don’t expect your partner to constantly deliver the perfect lines or have a grand speech prepared.

So many movies end with two characters falling in love. It’s normal to enjoy the idea of a happy ending and see your favorites finally find each other. But, there’s a problem—that’s often where the screen fades to black.

Real love has many more scenes to play out. If it lasts a lifetime, it’ll have multiple “acts”, and it never fades to black.

Characters might have an “arc” in a movie or TV show, but in the end, they don’t have to change to fulfill the needs of their story. They usually don’t have to evolve or grow to make a relationship work.

That’s not the case with real-world relationships. People in relationships have to adapt, be flexible, and choose to grow on a personal level, as well as a partner. That’s why it’s so important not to compare one-dimensional characters with a person in your life with countless opportunities for growth.

It’s okay to get lost in a movie or TV show. People love them for a reason. But, don’t hold it against your partner that they aren’t working from a script, and try to avoid comparing your relationship to what you see on screen. When you focus on the reality of your relationship, instead, you’ll find much more contentment.