The gender pay gap issue in the American workplace is certainly nothing new. While it can be argued that the gap is smaller today than in generations past, that doesn’t mean there still aren’t challenges to overcome.

Not every company operates this way. There are plenty of major corporations and small businesses alike that pride themselves on equal pay for all employees or a salary based on position, not gender.

However, if you happen to work for a company that still implements different salaries based on gender, it’s essential to advocate for yourself. In doing so, you can spark change within that company. Not only will you end up demanding what’s fair for you, but you’ll also be standing up for others and demanding they get the same pay, too.

Of course, that can often feel easier said than done. It’s normal to feel overwhelmed or nervous about speaking up to your employer. But, it’s also necessary if you want to be paid a fair wage.

Let’s take a look at a few ways you can advocate for yourself if there’s a gender pay gap at work.

The first thing you should do to advocate for yourself is to prepare a solid argument. Granted, not making as much as someone else doing the same job should be argument enough. But, clearly, that isn’t causing your employer to make a change.

Before you speak to anyone about equal pay, create a list of your strengths and be prepared to go over them with your employer. They need to know why you deserve equal pay. While it’s okay to mention the fact that it’s extremely sexist and unfair that there is a gender pay gap, you’re more likely to get results via proof of your performance.

Don’t assume that your company will change things just because it’s the “right” thing to do. By proving to your employer that you deserve a raise based on your performance, you could inspire others to step up and do the same, effectively closing the gender pay gap and making your employer realize they need to take a second look at what they’re offering people in different positions. 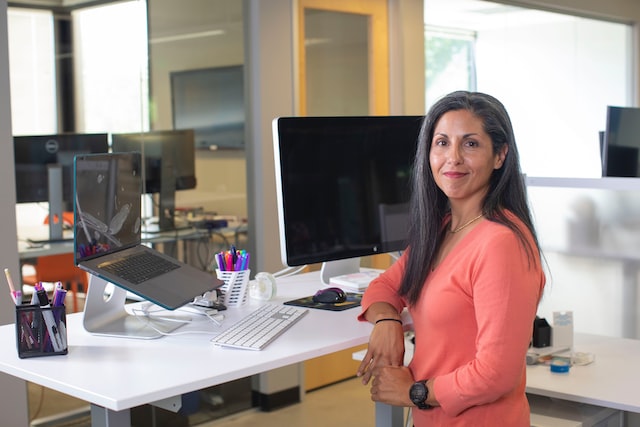 You can advocate for yourself and still be a part of a team.

Talk to other women in your workplace about how they feel. If you’re upset about the gender pay gap, chances are you’re not the only one. Having a strong support system will boost your motivation and confidence to reach out to your employer. It will also help you realize you’re not alone.

You might be the first one to step forward and demand equal pay. But, when you form a “team” by talking to others about the pay gap, you won’t be the last. Your group could end up being a team of trailblazers in your workplace. You might even end up changing the company’s culture as a whole.

Social media can be a powerful tool when it comes to demanding equal pay. Not only can you talk about your own experiences online, but you can connect with other people who might be going through similar situations.

Again, having a group to support you and back you up can make a big difference—even if it’s in the digital space. Use the Internet as your resource to do things the right way. Many women have had to work from the ground up for equal pay. They have stories to tell and advice to give.

Most importantly, don’t be afraid to stand up for yourself. Advocating for equal pay isn’t something you should be nervous about. It’s fair, it’s right, and you never know who you could end up inspiring along the way. Reach out to me for job and work support if you are ready.