Being Self-Aware vs. Self-Critical: What’s the Difference?

Being Self-Aware vs. Self-Critical: What’s the Difference? 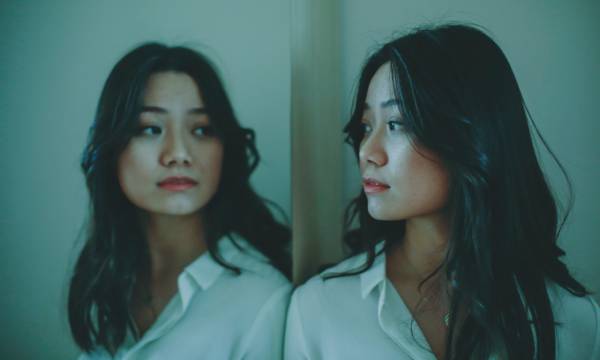 Self-awareness is often touted as a good thing, while being self-critical is typically viewed in the negative. But it can seem like there is a fine line between the two, which can be difficult to walk if you don’t truly understand the difference.

The practice of being self-aware involves recognizing who you are in the present moment. You look at yourself through the lens of reality. That can help you learn and grow more effectively and can help you work through things like depression and anxiety.

Self-criticism is often just the opposite. Many people who criticize themselves do so because they aren’t looking at reality. You might hone in on your flaws or make them worse than they are. Some people who are self-critical “make up” flaws to focus on.

Let’s dive deeper into the difference between being self-aware and self-critical, and how you can work toward being more aware of yourself without criticism.

The Benefits of Self-Awareness

Self-awareness is a jumping-off point for growth and understanding. That’s why many therapists, counselors, and coaches like to encourage their clients and patients to learn how to be more aware of their own thoughts and behaviors.

When you’re more self-aware, you recognize the best parts of yourself, as well as the things you need to work on. But, instead of getting down on yourself over what might need improvement, you can focus on your strengths and use them to reach your goals and better yourself.

Self-awareness gives you more self-control, boosts your confidence, and increases your ability to change your habits. You’ll recognize that you don’t have to be perfect to make a difference in life, and there is always room to grow in a positive direction.

What’s interesting is that the benefits of self-awareness go far beyond “yourself”. When you’re more self-aware, you’re also more likely to be understanding and empathetic toward others. Your creativity will shine, your motivation will get a boost, and you’ll naturally share those feelings with other people in your life.

The Danger of Being Self-Critical

When was the last time you thought about something you did and praised yourself for it? On the contrary, how many times today have you criticized yourself over something small?

Self-criticism and self-awareness are far from the same things. It’s not uncommon to doubt yourself sometimes. No one thinks they’re perfect. But when that nagging voice in your head seems to constantly tell you that you aren’t good enough, or suggests that you should be ashamed of who you are, it leads to bigger problems.

Someone who is extremely self-critical can deal with problems like depression, anxiety, body image issues, and even bipolar disorders. The old saying about being your own worst enemy rings true for those who are self-critical, and there are consequences to it.

Self-criticism can also make you feel hopeless and worthless, which can easily slide into thoughts of self-harm or even suicide. So, not only is self-criticism harmful, it can also be dangerous.

How to Combat the Act of Being Self-Critical

Ironically enough, one of the best ways to stop being self-critical is to be more self-aware. Self-awareness is based on reality. So you can use that positive growth mindset to push away negative self-talk and lies about yourself.

If you’re having trouble dealing with self-criticism, it’s important to know that you’re not alone. Feel free to contact me to learn more about the difference between self-awareness and self-criticism. Together, we’ll talk more about what you can do to boost one while combatting the other.